You’ve heard of it before, seen it on the news happening in high numbers (insert SpaceX, Snap, The We Company of WeWork, etc.), and may have even experienced yourself. It’s called getting laid off, and it sucks. As someone who experienced the trauma herself less than a year ago, I can attest to that fact. Before I get to the hashtag “it gets better” moment, I’m going to share my honest timeline and breakdown of the dreaded without-notice last day.

The Day it Happened

I had just returned from a birthday road trip with my dog and boyfriend for my birthday the day before. It should have been a precursor that something was amiss since before I left for my birthday, my manager did not mention it was my birthday, and there was a lack of a team birthday card on my desk. Nevertheless, I woke up this day not feeling the best but showed up to work anyways. Almost immediately after turning on my work laptop, I received a notification for a meeting with my manager before our weekly team meeting. I was directed to a random non-meeting room and then…it went down. I won’t go into any details on their end, but I will—somewhat embarrassingly admit—that I instantly burst into tears and asked, “What did I do wrong!”

I instantly burst into tears and asked, “What did I do wrong!”

Everything went about as business as usual, while I was sniffling like a baby, and then I left the building. I uncomfortably saw a friendly coworker in the elevator and didn’t say a word, hiding my tears behind sunglasses. I got in my car and called my boyfriend immediately, and hit my bumper at the garage gate on my way out since my eyes were pretty much useless at that point (Parks and Recreation Leslie-seeing-Anne-drive-away tears). Then, I called my mom on my drive home to break the news to her, being dramatic as all hell.

Okay, so this is where things sound even sadder. Right when I got home, I laid sobbing on the couch drinking a bottle of wine. I had no food in my stomach and it was maybe 10:30 a.m. I texted a few close coworkers through my tears to let them know the news before it spread company-wide. Bless their souls—they offered to visit me during to lunch to help me lick any wounds. But seeing the woe-is-me state I was in, I didn’t want to see or talk to anyone (besides through the comfort of text messages). Day turned into night, my boyfriend came home and found me in bed in the dark and comforted me to sleep.

I wish present-day me would have gone back to this point in time and push myself to go talk to a professional.

This was definitely a roller coaster period for the people around me. I would go from being social and optimistic to drowning in my sorrows within moments. I was (admittedly) drinking heavily and just waiting for each day to end. As an advocate of mental health and therapy, I wish present-day me would have gone back to this point in time and push myself to go talk to a professional. I will point out that I was fortunate in that I had a strong support of friends, family, and a partner to lean on during this time. If you’re ever struggling with something personally, don’t hesitate to seek help. It was my core group of peoples’ constant rally of support and motivation that helped me see the light: I was not a failure and this could happened to anybody.

Back in the Workforce

It was within days of getting laid off that I reached out to all my recruiters that I was looking again. In a little under a month, I had a freelance gig working offsite. Following that, I jumped on a spree of interviews for something more stable. I will say that, although I didn’t nail every interview, it helped build my confidence in making myself presentable and “pitching” my skills. By two months post-layoff, I found an onsite contract role and was somewhat back in the groove. For me, putting the same work ethic into finding a job helped pull me out of becoming a complete recluse. It allowed me to recognize the skills I have to offer, and pitch it in a way in which others saw value.

I won’t sugarcoat this and say that it was easy finding a full-time fit. I went on so many interviews, had some not-so-great contract gigs, and I doubted myself here and there. My desperation for a full-time job wore thin and I started contemplating just giving myself a break. I had (fortunately) a good bundle of savings to rely on, so the strain of finding not only my next job, but the right job, started to become a pipe dream.

When I least expected it, a job I would have never thought of requested an interview. I was open but skeptical. A full series of interviews and over a month later, I received an offer.

I got laid off sometime in June of 2018 and started my current position in November 2018. Between the two jobs, I had two contract roles, so I received unemployment for three full weeks and stipend for lower-paying projects.

The recruiter for my current role reached out to me when I was on a flight to Vietnam. I was already in an Eat, Pray, Love state of mind, so I was open to the conversation but not putting too much faith in it. It was upon going through the series of interviews and speaking with the employees there that changed my mind. I found my new work home, and I just needed them to feel the same. When the offer finally came in over a month after the initial conversation, I was over the moon. I knew in my heart it was right. I had no doubts—this was where I needed to be. Honestly, today, I know the universe put me through a series of difficulties in order to present me with this opportunity. It all sounds so cheesy, but as someone that has worked for some pretty low-rated-on-Glassdoor companies, this work culture is a breath of fresh air.

It transformed my life, in and out of work.

I see how to communicate effectively and respectfully in the office, live a more holistic life, enjoy moments without relying on excess, and appreciate all the lives around me without the distraction of self-doubt or bitterness towards the world. It’s a totally foreign feeling, and the PTSD (seriously, people tell me I have PTSD) still lingers in my day-to-day. I carry the paranoia of coworkers being unhappy with me, not liking my work, or scheming to fire me on a basis that’s too regular for my liking. It’s a burden that I alone shoulder, but one I also have the power to lessen the weight. And with my support group, including originals and newcomers, it’s becoming easier.

It was upon being laid off that I saw the frequency that this happens. A number of close friends came forward and shared their stories with me. From being unemployed for a few weeks to upward of a year, none of these millennials knew that day of work to be their last day. But, like me, they had a sense that it was coming.

I’m not going to lie and say I was happy at the job that laid me off. In fact, I was horribly miserable. I knew from day one it wasn’t the right fit for me, and it only got worse from there. By the time I got laid off, I was at the point where my self-confidence and employee morale were completely depleted. Not only did I need to leave—they needed to remove me. I wore my unhappiness everywhere I went in that company, and in knowing that I was no longer a fit there, I also carried my paranoia everywhere I went. I constantly thought my coworkers were speaking poorly of me, or my manager was planning on cutting me (the latter of which proved true).

The lesson here is that you can easily become a product of your environment, and also become used to sadness to the point it become a normality. You normalize the ideas that you’re not supposed to enjoy the place you spend a third of your life, work is supposed to make you feel bad, and that your worth is really measured by how a company values (or devalues) you. This is not true. These are the lies we tell ourselves to bring some resemblance of comfort when we know things aren’t right.

At the end of the day, I’m only one person speaking about her experience with this, and everyone that’s been through this carries their own unique perspective. What I hope to offer is, that for those who have recently lost their job or are unhappy with where they are currently, life is incredibly short and yours is so valuable. Never allow the negativity of what others say define who you are. We are all talented in our own skills, and, although the negativity of others may raise doubt, it will never diminish what you offer this world. This is coming from possibly the most cynical person you will ever meet, and it’s absolutely true. 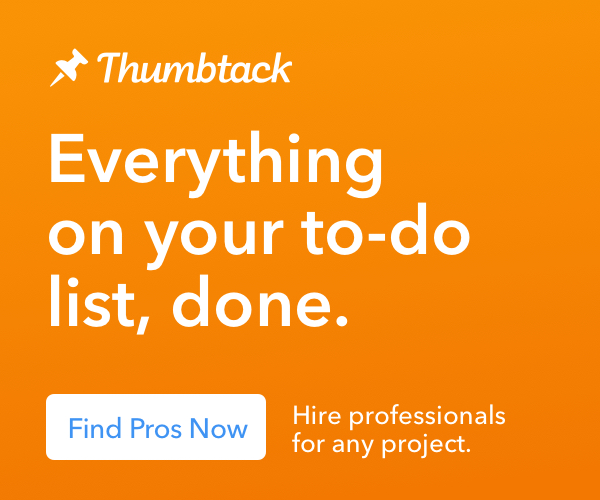 In the same vein, treat those around you with respect and kindness. It’s easy to mirror the behaviors of others when you’re unhappy, and ladder down your sadness onto others. It’s easier for your life as well as theirs to be kind. You don’t have to force it or feel like a fraud, but a simple smile paired with understanding can go miles for your own happiness.

And one last note: If you’re about to let someone go near their birthday, still get them a card. It’s just shitty not to. 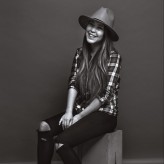 Joann Row is a Los Angeles native who's passionate about animals, world travel and storytelling. She works as a copy professional in West Hollywood and lives with her cohab and their two wonderful dogs in Westwood. In her downtime, you can find her volunteering at the animal shelter or enjoying a glass (or three) of red wine and watching sitcom re-runs with her pups and 14 plants. Connect on LinkedIn