On March 22, Supernatural stars Jensen Ackles, Jared Padalecki, and Misha Collins announced that their long-running show is finally coming to an end after Season 15. Supernatural fans everywhere mourned the loss of the show, shocked that it’s finally (almost) over. As one of the most—if not the most—successful series on The CW, we weren’t sure it was ever going off the air.

Supernatural has been one of my favorite shows since I binged the first seven seasons in college. I loved it from the start—when Sam and Dean went off in search of their father who went missing on a [monster] hunting trip—and I still watch the new episodes every week. It’s one of the few shows that can successfully balance humor, heart, and dark themes like death, demons, and terrible coping mechanisms. Despite the dark premise of the show, they pushed more boundaries than even should be possible thanks to a dedicated fanbase, and pulled off some of the most ridiculous episodes of television imaginable.

To celebrate a great 14 seasons and the last one to come, let’s take a look back at some of those more ridiculous episodes from over the years. And if you’ve managed to make it 14 years without Sam and Dean Winchester, these are also pretty good standalone episodes to get your feet wet before the series ends.

The Winchesters check themselves into a mental hospital to investigate a monster who’s attacking patients, and slowly start losing their own minds in there as well.

A cursed rabbit’s foot gives Sam thousands of dollars, a gold watch, and a year’s worth of free food, until it’s stolen and his luck quickly turns around. He falls outside the restaurant, steps in gum, and loses his shoe down a drain.

When the only witness to some bizarre deaths is a dog, Dean casts a spell to be able to communicate with the dog… and almost becomes a dog himself.

It’s weird enough that this episode opens with a possible alien abduction. It only gets weirder when Sam and Dean learn it’s not aliens, but fairies.

Sam’s childhood imaginary friend Sully shows up, and he’s not just visible to Sam, but to Dean as well. Children’s imaginary friends are being murdered, and of course the Winchesters are the only ones who can help.

A psychokinetic named Fred who was once powerful enough to reshape reality is now in a vegetable-like state in a retirement home, no longer even in control of himself. While watching cartoons on TV, he’s unintentionally turning the town into a cartoon, with anvils falling from the sky and hearts exploding out of chests.

Supernatural gets really meta sometimes and breaks the fourth wall. This was one of the earlier complicated meta episodes. Sam and Dean learned that a prophet of the Lord, Chuck Shurley, was writing about their monster-hunting adventures in his Supernatural books. Chuck thought he was writing fiction until confronted by the real Sam and Dean, who pieced together that he was actually writing prophecy. You think this is confusing, just wait. Chuck’s Supernatural books have a cult following, and in “The Real Ghostbusters,” fangirl Becky invites the Winchesters to the first ever Supernatural convention. Sam and Dean come face-to-face with fans cosplaying as Sam and Dean.

“Tall Tales” alternates between the viewpoints of the two brothers, both of which are overly exaggerated. However, the details of the case remain the same. First, a professor is found dead on the steps of his building in what initially appears to be a haunting, but isn’t. Then a student is abducted by aliens and claims he was forced to slow dance with them. Last, a scientist who tests on animals is eaten by an alligator who dragged him into the sewer. “It’s just your typical haunted campus-alien abduction-haunted sewer-gig.” Spoiler: a trickster was serving up just desserts.

The Trickster shows up two more times, each time more ridiculous than the last. In his second appearance, “Mystery Spot,” he forces Sam to relive the same Tuesday over and over—the Tuesday that Dean dies. (Don’t worry, the Winchesters never stay dead for long.)

In the Trickster’s (technically) last episode, he puts Sam and Dean into a myriad of television shows, forcing them to “play their role.” There’s a hospital drama a la Grey’s Anatomy, a forensic investigator drama like CSI: Miami, a Japanese game show, and a genital herpes commercial.

Thanks to a cursed object in their television set, Sam and Dean get transported into an episode of Scooby Doo. For the first time ever, the Mystery Gang experiences real injuries, real monsters, and real murder, while the Winchesters save the day and try their best to spare the gang their cartoon innocence.

Ed Zeddmore and Harry Spangler are wannabe ghosthunters starring in their own reality show, Ghostfacers, and this is their pilot episode. They plan to investigate Morton Mansion, an abandoned estate that’s haunted one night each year. Naturally, they’re in way over their heads and would not have survived the night had Sam and Dean not shown up to work the same case. Ed and Harry’s gay intern Corbett unfortunately does not survive the night, which leads to some of the greatest lines in Supernatural history, like “You gotta be gay for that poor dead intern,” and “Gay love can pierce through the veil of death and save the day.”

The show took the meta fandom aspect a step further still with a musical episode. Sam and Dean discover a high school musical… about them… written as a fan-fiction of Chuck Shurley’s Supernatural books. I’m sure the show writers had a great time making fun of themselves with this one. 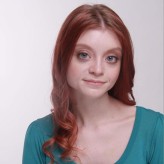