On Oct. 2nd, riding the heels of the Kavanaugh hearing, President Trump stated that this “is a very scary time for young men in America.” Being a young woman in America, this made me cringe. As if he needs something else to add to his repertoire of ridiculous comments, I thought.

The more I thought about it, the more upset I was, and it occurred to me that I can’t remember the last time I felt genuinely safe—at least on my own. “Women are doing great,” said Trump when asked if he had a message for women in America. In the past weeks, it seems as if we, as a nation, have become numb to the horrors of sexual assault toward females—something our own president stands accused of by at least 22 women.

Flash back to a cold November afternoon in Boulder last year. I was dropping off the 11-year-old I nanny at dress rehearsal—it was opening night of 10 Ways to Survive the Zombie Apocalypse. She was unclear what time doors opened and I wanted to double check, so I parked and went in.

As I was leaving, everything crumbled.

I was almost out the doors when a girl, maybe only 12, ran up to me, screaming for help. Her friend was hurt. I took off running after her. I already knew exactly what I was running to, but I hoped I was wrong. The crunch of frozen grass under our feet was all I could hear. I needed to be wrong.

We crossed the field from the school toward the playground and there she was. The world dropped from under me. My heartbeat flooded my ears and I felt queasy. A small 13-year-old girl with soft, short, brown hair sat on the steps of the play structure, hugging her knees—empty eyes staring at the wood chips. For two seconds, I could have sworn I was looking at myself.

She collapsed into me, a shell of who she was 20 minutes earlier, and we cried together. She had just been sexually assaulted. In broad daylight. On school property. And no one saw or cared to say anything if they did. And her attacker got away. She begged me not to call the police, saying that she didn’t want to cause any problems. She said they wouldn’t believe her, anyway.

I remember having this same fear when I was 15. I remember my best friend brushing it off and pouring me a shot of McCormick’s bottom-shelf vodka. We never talked about it again. This is exactly the attitude we have been programmed to take when it comes to sexual assault. This is why women are afraid to come forward; why Doctor Blasey-Ford was afraid to come forward.

She called her dad. Her small, shaky voice was unsuccessful at keeping composure while she told him what happened. She cried again when I called the police, and this time it was my voice that wavered. I sat with her and we waited. In that moment, the silence spoke for the both of us.

In that moment, the silence spoke for the both of us.

Her father arrived, and I watched his heart break as he wrapped around his daughter. There was no thank you, no verbal acknowledgement, but there was a subconscious gratefulness. I picked up the last of my composure and walked to the police. I gave them my statement, my contact information, and walked to my truck.

I made it half a block before everything caught up with me. I pulled over. I couldn’t breathe. I ached for that little girl. The longer I sat, the heavier my chest became. Her trauma didn’t end when that man walked away.

Her trauma didn’t end when that man walked away.

I didn’t need to stay to know what undoubtedly happened next for her. She would have a long conversation with the police, answering the same questions over and over, being forced to relive the event. From there, maybe she would go to the hospital for a sexual assault kit as if she weren’t feeling violated enough as it were.

And the traumas would keep coming. She would go back to school after a weekend of solitude. By then the school will have informed students of a sexual assault that happened on school grounds and will have kept her anonymous. But that won’t matter, word will spread quick. It is impossible to feel small when all eyes are on you.

It is impossible to feel small when all eyes are on you.

Her attacker walked that day, got back into a white sedan and drove home, as if it were any normal Friday. I followed the story for as long as I could in the local paper, but nothing ever came of it, as is common with sexual assault cases.

According to the National Sexual Violence Research Center (NSVRC), 63 percent of sexual assaults are not reported to police, making it the most under-reported crime in America. This, coupled with the prevalence of sexual violence toward women, is horrifying.

The NSVRC found that one in five women will experience sexual assault in their lifetime, while only one in 71 men will. Broken down, the research finds that 91 percent of sexual assault victims are female. And, still, the president says it’s a scary time in America for young men.

One in five women will be sexually assaulted in their lifetime.

Of course, there is always the question of false accusations. In any reported case, it is critical that both parties receive due process. I had a good friend who was wrongfully targeted and faced a long, troublesome process of proving his innocence; false accusations are a real thing. But these happenings are rare, and the numbers prove it. According to the NSVRC, only between 2 to 10 percent of all reports are false.

Despite what the numbers say, it continues to be easy for our culture to dismiss the seriousness of sexual assault. We live in a society where we are not taught how to address these situations effectively and delicately, instead choosing to ignore it all together. Because of that, a 13-year-old girl will carry her assault with her for the rest of her life while her attacker walks free. 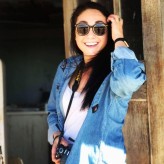 Robin is a student at the University of Colorado, Boulder, studying Journalism and Photography. She is a freelance photographer with a passion for all things outdoors. She is an adventurer, lover of all things unusual, and has the annoying habit of petting every dog she sees.