Netflix’s new release Sex Education is a UK-based series that takes on the complexities of teenage sexuality. The series’ main character, Otis, is the son of a very open-minded sex therapist. While struggling with his own sexual issues, Otis is enlisted by Maeve, a fellow student, to offer sex therapy sessions to his complicated classmates.

The series is layered and does a fabulous job of bringing to light a variety of sexual issues and topics that extend beyond the standard boy-meets-girl high school movie script. However, it is still fiction. The maturity level of many of the characters in the series is above that of the average high school student, and Otis’s clients seem to resolve their issues very quickly.

Overall, Otis does a decent job of providing help to his classmates. Throughout the series, he utilizes a variety of common therapeutic approaches and techniques to address common sexual issues and concerns. But is his approach realistic? Let’s see how Otis ranked compared to a real psychotherapist.

Situation #1: A guy is unable to climax with the girl he’s been having sex with.

This is a real problem that many men face. It occurs as a result of factors ranging from physical issues—like medications, hormone imbalances, or chronic health conditions—to mental health issues like anxiety and depression. Additionally, unresolved relationship issues and conflicts can have the same impact. For example, some men who are not able to climax with their partner can climax with someone else or on their own.

Otis helps the client to transform with his game-changing line, “own your narrative.” He encourages the client to accept his life story instead of becoming a victim to it. In the show, this approach works wonders until his client goes overboard exposing himself in the school cafeteria. But, he is ultimately able to climax again.

Narrative psychotherapy is a real world technique employed by therapists to address a variety of conditions including sexual issues.

The downside of Otis’s approach is that he didn’t encourage his client to connect more intimately with his girlfriend. He addressed the issue as if it were strictly an individual problem. Most sexual issues are partially relationship issues. Otis’s approach failed to acknowledge that. In the scene, when said client finally reaches his peak, he is completely disconnected from his girlfriend. In fact, she looks bored and dumps him when it’s over. This, in turn, reinforces the client’s self-destructive behavior and sends him on a spiral.

Situation #2: A girl is upset because she broke her boyfriends arm during sex.

In this situation, Otis works with the couple together to improve their communication. They are at an impasse. The girl in the situation doesn’t want her partner to see her naked. The guy wants to have sex with the lights on. The incident ultimately lead to them falling off the bed, breaking bones, and getting caught by their parents. Otis helps the couple to slow down and really listen to each other’s needs. They are able to come to a resolution.

Communication problems are one of the most common reason couples seek therapy. Helping couples slow down and learn new skills is a big part of couple’s therapy. In real life, these skills take longer to develop. This couple is primed and ready for further exploration of their relationship.

In this scenario, Otis stands up his vulnerable friend, Eric, on his birthday—using his clients as a guise to spend time with his love interest. As a result, Eric is the victim of a physical assault, targeted for wearing outlandish clothing inspired by the musical Hedwig and the Angry Inch. Otis handled this poorly. He failed to understand the real impact that his behavior had on his friend’s physical and emotional safety.

In the show, Eric refines his strength and comes out more authentically as himself and is more generally accepted. The process for gay or transgendered youth is often more difficult than this. The coming-out process can be slow. as is often the ability of others to tolerate it. In the real world, Eric’s struggle would be longer, slower, and more painful. It would impact every area of his life. A real-life Otis would need to step up his friend game.

In the end of the season, Otis is able to resolve his own sexual issues as well. Working with other students allowed Otis to gain the strength and perspective necessary to confront his own demons. This is pretty accurate. Most therapists grow personally as a result of helping their clients. Otis is no different.

The most important thing about this series is that it normalizes a wide range of sexual activity. Sex is healthy. Talking about sex is healthy. Sex therapy is a real thing, and its benefits extend far beyond the bedroom. 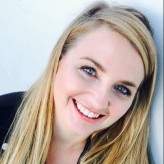 Kirsten May Keach is a Licensed Marriage and Family Therapist and Online Sex & Relationship Coach based in Orlando, Florida. It is her mission to empower women to have extraordinary sex and soul-loving relationships.